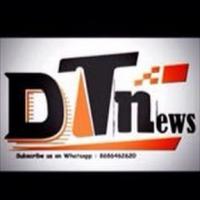 In a short period of its existence, Daily Times News has earned a repute of credible reporting, courage, espousal of public interest and its unmatched delivery which is of a great value to all stakeholders. The channel has its bureau and sales represents Across India (Hyderabad) Saudi Arab (Jeddah) UAE (Abu Dhabi) Canada (Toronto) & (Montreal) & Malaysia